Nothing Can Stop Us Now

I was watching House of Cards in November of 2017 and fell in love with the idea of a couple who had both a public relationship and a behind the doors agreement of what their relationship really was.  This song was written from the perspective of Frank talking to Claire.  In 2018, when I decided the concept of my album was going to be political I knew this song was going to be included.

Listen for House of Cards homage in the chorus of the demo.  We ultimately decided it wasn't worth keeping in the final edit.

Wesley McKinney · Nothing Can Stop Us Now 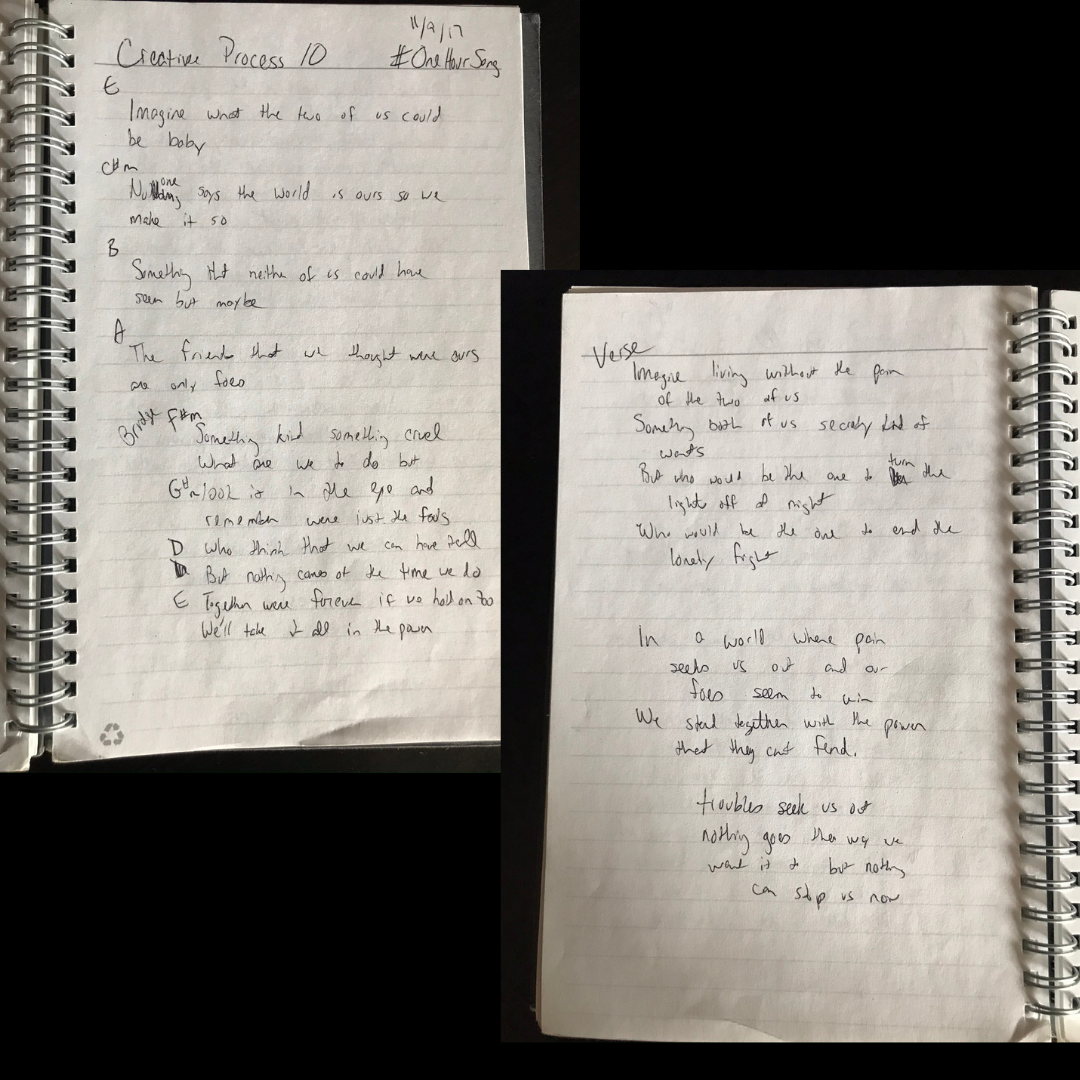 Daily journal entry plus Nothing Can Stop Us verse idea and what ended up being the bridge.

Nothing Can Stop Us Now Lyrics

Imagine what the two of us could be baby

No one says the world is ours, so we make it so

Something neither of us could have seen but maybe,

The friends that we thought were ours are only foes

Imagine living without the pain of the two of us

Something both of us secretly kind of want

Who would be the one to end the lonely fight

Something kind, something cruel

What are we to do but

Look it in the eye and

We stand together with the power that they can’t fend

In a world where trouble seeks us out

Nothing can stop us now

Stuck in a place, we don’t know who to trust

I’ll still be there.  Will you be there for me?

Imagine what the world could be for us baby

No one thinks it's ours, but we know it's true

Something that neither of us could have seen but maybe,

The ones who don’t know it will know it soon.