Put Them in the Streets

Growing up I was very active in theatre and loved old musicals.  Every great production or movie began with an overture.  I wanted to tie in my musical theatre roots to this story and compose a theme.  Listen closely, because the theme will come back, too :).

The overture begins with the orchestral theme I wrote to represent Thomas Coleman.  It segues into three songs you'll hear later in the album, No to the Party, Nothing Can Stop Us Now and Put Them in the Streets.

Paul Norman, the producer of this project, and I were finished laying down the tracks when we decided we needed something more.  We got the idea to add some vocal texture over the beginning.  We found John F. Kennedy's commencement speech at American University on June 10, 1963.  His carefully chosen words lined up perfectly with what we already recorded, so we knew it was meant to be.

Every song has a meaning

When I released the Twentynothing in 2018, it was the first time I had ever had direct negative reviews on my work.  I always thought I had tough enough skin to handle it, but the few comments I received did take a toll.  This song was written in response to them.  There are more verses that didn't make the final cut that go into more detail.

But then the meaning of this song changed.  With protests happening daily in 2020 and the Black Lives Matter movement, I decided that the beats we were putting in the streets are messages of love and unity.  We can't let the loud voices of hate overpower the majority who want love and unity.

This is why in the story Coleman is inspired by a young girl who asks for his help.  His goal for peace and unity aren't enough on twitter, he has to run for president to evoke change.

The next song is Something I Can't Miss...and you definitely can't miss this one 🙂

This was the original #OneHourSong - Paul and I worked on adding better riffs and the melody of the vocals changed significantly.

Wesley McKinney · Put Them in the Streets 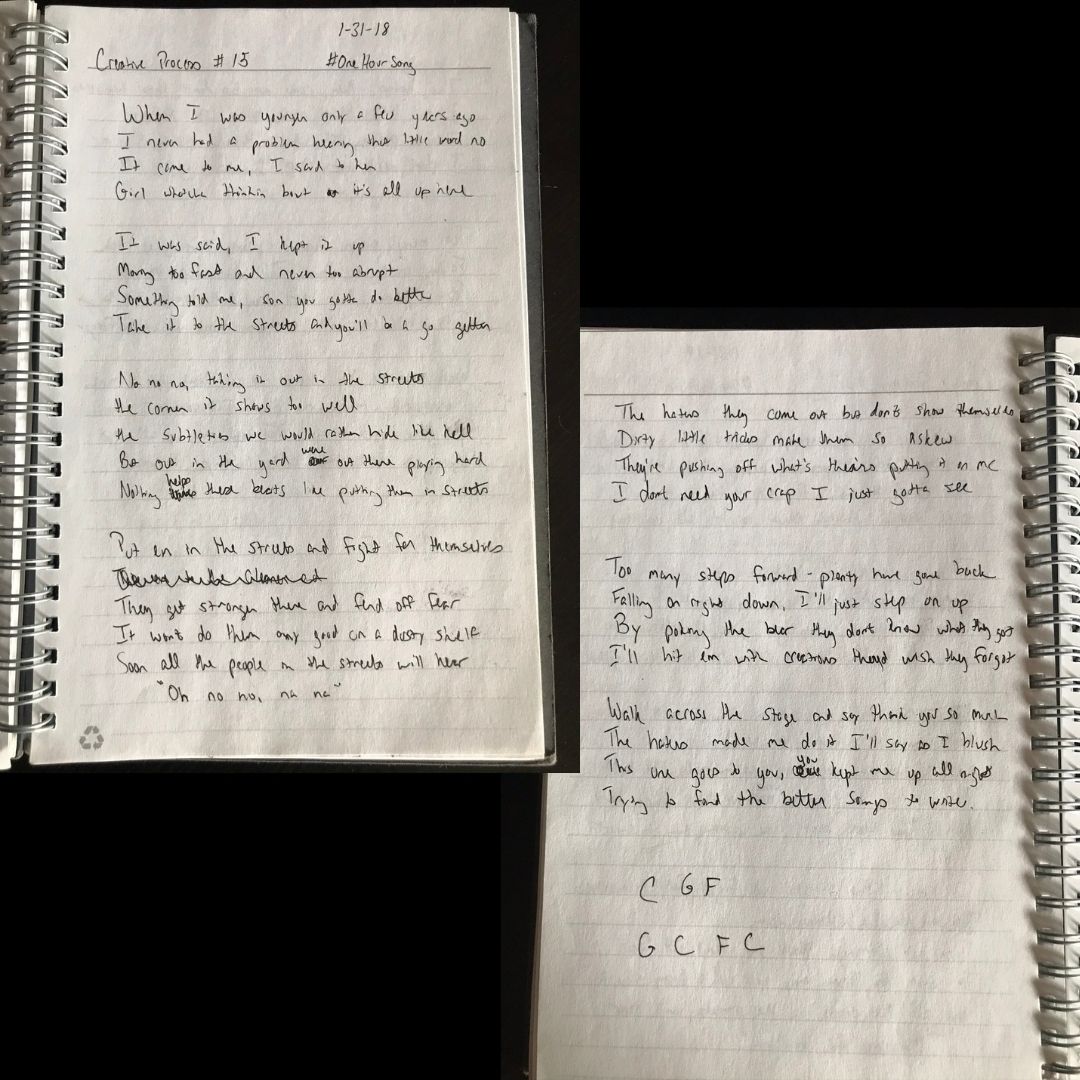 Put Them in the Streets Lyrics

When I was younger just a few years ago

I never had a problem hearing that little word no

It came to me and I said to her

Girl I can help you out, but it’s all up here

Nothing helps these beats like putting them in the streets ---

You put em in the streets let em fight for themselves

They get stronger out there and fend off fear

It wont do them any good on a dusty shelf

Soon all the people in the streets their gonna hear

It was said I kept it up

Moving too fast and never too abrupt

Something told me son you gotta do better